If you’re a tourist interested in art and education—or if you just enjoy learning about new cultures and experiencing different aspects of life—you should definitely visit New York. There are many iconic museums and attractions throughout the city, and each offers a unique learning experience.

Whether you’re an art history lover or just looking to learn more about the city’s history and culture, these are the top things to do in New York and make the most of your experience there.

Why Would You Miss the Statue of Liberty? 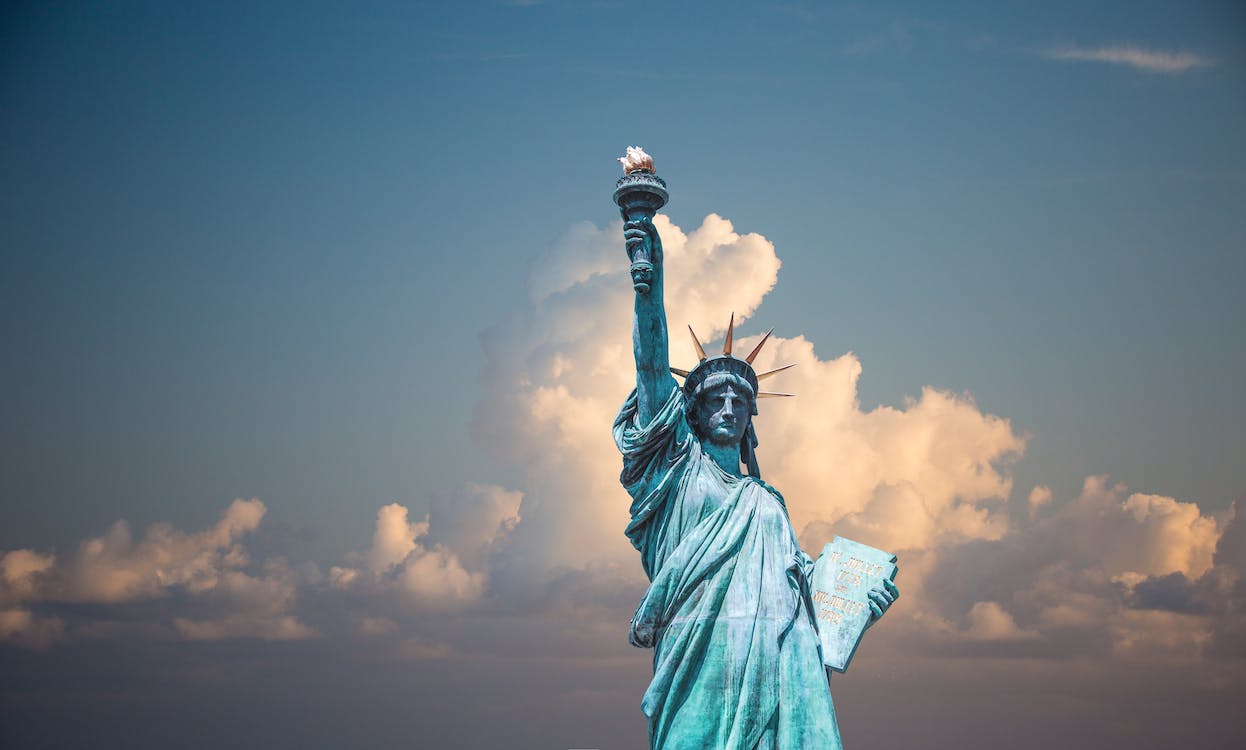 The icon of New York is not a sight you want to miss. Lady Liberty is one of the most recognizable images in the world, right up there with the Eiffel Tower, the Pyramids in Egypt, and the Great Wall of China, and she stands at the entrance of the harbor, welcoming visitors from all over the world to the city that never sleeps.

The Statue of Liberty is a symbol of freedom, and the Statue of Liberty Museum is a tribute to immigrants and Ellis Island. The museum is home to the original torch, which was removed in 1984 and replaced with a replica, as well as numerous other artifacts found around the statue during restorations over the years.

The museum also houses artifacts of Ellis Island, such as the original passenger registry, which recorded the immigration of immigrants through the port. To re-enact the feeling of the immigrants as they first beheld Lady Liberty, take a ferry from Battery Park to Liberty Island, walk up the stairs into the torch-hand-holding room, and feel the spirit of freedom in the air!

Expand the Horizons of Your Knowledge

New York has many museums you don’t want to miss! You can educate yourself about the rich history of the city and the world by exploring the exhibits at the Met, the Metropolitan Museum of Art, or the Museum of Modern Art.

The Metropolitan Museum of Art – It’s a Staple

The Metropolitan Museum of Art, known locally as the Met, is a local favorite, and probably the largest in the state (and one of the largest in the world). It’s a must-see and is one of the top attractions in the city. The museum features art from over the world, spanning over 5,000 years, and has a total of over 2 million pieces of art. Talk about a connoisseur’s wet dream.

Their total art content is categorized into permanent and temporary exhibits and set up in such a way as to almost transport you back in time. Its beauty is unparalleled in the state.

With the museum’s extensive collections of antique weapons and armor, musical instruments, costumes, and accessories, you’d be hard-pressed to see all the art in a day, but nothing can stop you from trying. Just make sure to go prepared and early. 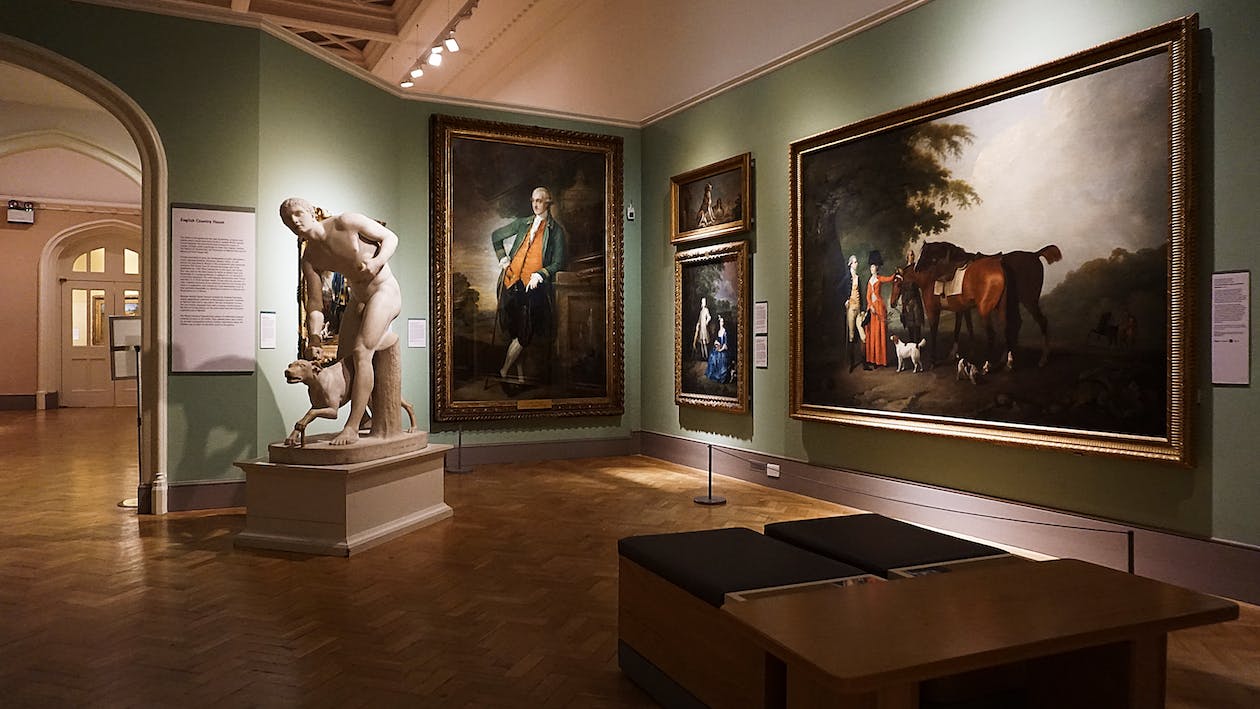 The Museum of Modern Art

The Museum of Modern Art might not be as large as the Met, but it’s no pushover either. It holds more than 150,000 pieces of artwork that range from paintings and sculptures to photographs and even film. It houses an extensive collection of art from nearly every period in history, including pieces from famous artists like Van Gogh, Monet, Picasso, and Warhol.

The MoMA also hosts frequent concerts that feature jazz legends and contemporary musicians from all over the world. It has also played host to a number of famous exhibits, including a retrospective of artist Frida Kahlo that was so popular that it ended up being extended for another two months. That trend hasn’t ended, and MoMA still hosts such exhibits.

For movie lovers, the museum holds up to 22,000 films and 4 million film stills as well as a collection of film-related memorabilia in its archives. The literary-minded are not left out too. MoMA is home to an extensive library of books, periodicals, and scholarly materials on art and culture from all over the world. In proper math format, that’s a very respectable 300,000 copies—and originals—of knowledge. What’re you waiting for?

The Whitney Museum of American Art

This museum has been described by The New York Times as “one of the great cultural institutions in New York City.” It has an extensive collection of art by American artists dating from the 17th century to the present day. It also hosts a number of exhibits throughout the year featuring local artists. These exhibits showcase not only works of art, but also the works of filmmakers and other creative people. Even if you’re not a fan of art, this is a museum you’re guaranteed to have fun at.

Other museums you’d love are:

This is a museum with a unique design in New York. Everything is on a ramp spiraling upwards (increasing its beauty factor). It mostly houses modern art, though there are a few older pieces.

Exactly what it says on the tin, this museum is the place to learn more about nature, its history, space, rocks, and animals, and it’s large and varied enough that you’ll need a map and a whole day to explore it all (and have no regrets whatsoever).

Pay your respects to the fallen of the 9/11 tragedy. There are guided tours available for both the memorial and the museum.

This museum is a chance for you and your kids to safely get up close to air-, sea- and spacecraft. There are tours available to take you through the vessels and explain their history.

If you need a way to get around to visit the areas that hold interest to you, and don’t want the hassle of having to drive, Fast Break Car Service is your go-to company. We offer reliable and affordable airport transportation in luxury sedans or limos, as well as point-to-point transport around the city.

Simply call us to schedule a pickup. If you’re curious, get to know us and the services we provide.